School buses carry our most precious cargo, so it's imperative that school districts do everything they can to ensure students are getting to and from class safely. It's why so many school districts across the country are turning to school bus GPS tracking technology to help them manage school bus routes and important safety steps.

About 17,000 children go to the emergency room every year with injuries sustained on or near the school bus.

New software and hardware options allow schools to improve safety and accountability while helping districts streamline tasks and cut overhead spending. In fact, school bus GPS tracking technology has proven to be so useful for administrators and parents that some municipalities have begun to mandate that GPS trackers are installed in their school buses. 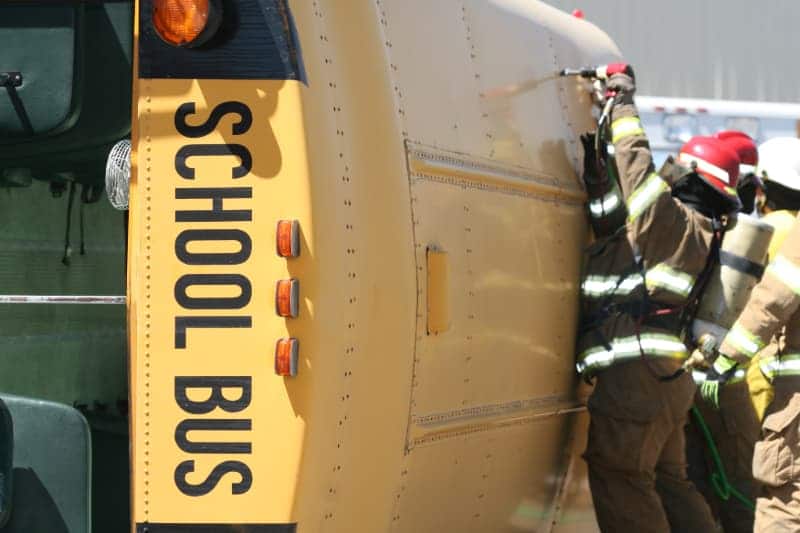 An average of seven students are killed every year in school bus crashes, and around 19 kids are killed each year while trying to get on or off their school bus.

About 17,000 children are treated in hospital emergency rooms every year after being injured while riding, getting on or off, or standing near school buses. Another seven students are killed every year in school bus crashes, and an average of 19 kids are killed each year while trying to get on or off the bus. With statistics like that, having extra safety and accountability features in place is a precaution that school districts can't afford to pass over.

Use GPS Tracking Technology to Establish and Monitor Bus Routes

There are horror stories all over the news about children being stuck on the bus for hours or being dropped off at the wrong location with frantic parents calling schools to find out where they are.

The New York City Council included the GPS requirement for school buses in the STOP legislation after a study found that city buses were running nearly 30 minutes late on average and were often delayed much longer than that. 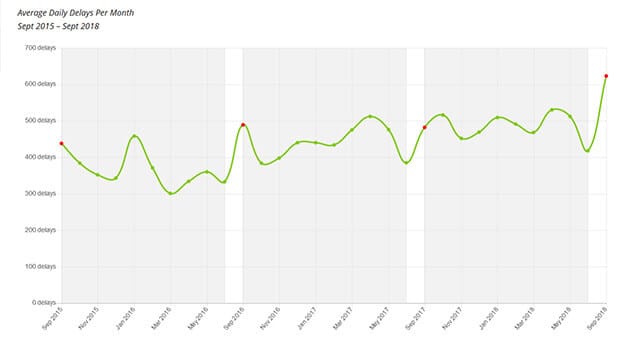 Students experienced 27,082 school bus-related delays in September 2018 according to a study conducted by the New York City Council.

With a GPS tracking system in place, dispatchers know exactly where all of the district's school buses are.  You manage things using real-time data and track buses on a single map. If there is an unforeseen delay, you can tell parents exactly where their children are and provide a time frame of when to expect them to arrive.

Many of the GPS solutions on the market also come with communications features such as two-way messaging; giving the dispatcher and driver an instant digital connection. The driver is able to answer questions or report any issues quickly and easily.

There are tools designed to help dispatchers create the safest, most efficient bus routes to pick up and drop off students. These tools let you manage changes that need to be made to a driver's route; like taking a stop out if you know a child won't be attending class that day. Creating efficient routes also helps districts save on gas and maintenance by reducing overage mileage, wear and tear.

School bus cameras are one of the most effective tools for improving accountability, reviewing safety issues and responding to driving incidents in and around the school bus.

One of the biggest safety issues students face is vehicles that illegally pass school buses. A national survey taken last year found that over the course of a single day, nearly 84,000 vehicles illegally passed school buses across 38 states and Washington D.C. 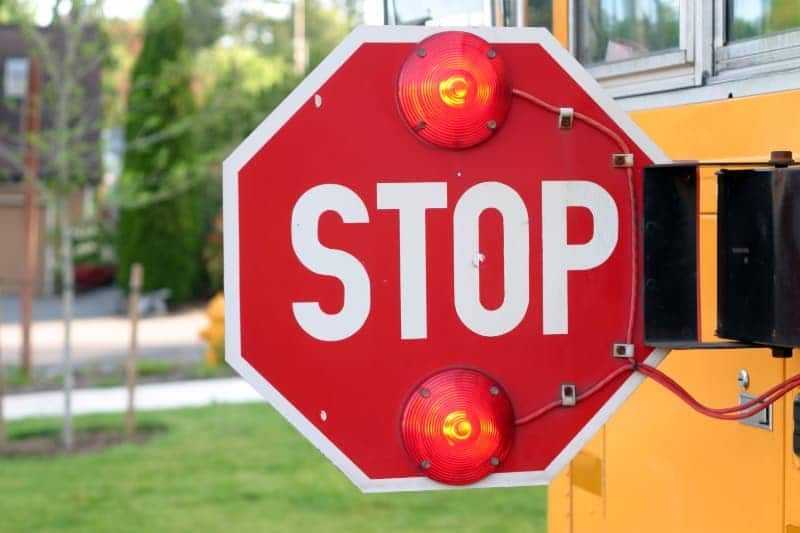 Districts say that fleet cameras deter drivers from illegally passing school buses while helping police track down and ticket the drivers who still do it.

School districts look at these cameras as one of the best ways to deter drivers from illegally passing school buses. 100 school buses in Virginia Beach were equipped with cameras for that very reason. These cameras give districts the ability to send the footage along to police so they can ticket the driver.

Cameras can be installed to face the driver, the students, the sides of the bus, and the front and back of the bus. This gives school administrators a 360-degree view of the scene in the event of an incident. Studies show that these on-board monitoring systems improve a fleet's safety record and help protect CSA scores when properly implemented.

These school bus cameras can help with insurance claims by proving another driver was at fault and that the bus driver was following procedures, or help administrators determine what mistakes were made and what corrective actions need to be taken.

School bus cameras can help sort out behavioral issues with students as well. It's easy to see what happened and what led up to an incident with cameras installed; enabling school administrators to properly handle the situation.

Drivers conduct walk-around inspections before they take the bus out for their morning and afternoon routes to make sure that the vehicle is ready for its trip. However, advancements in technology can ensure that these inspections aren't just completed, but that they are thoroughly conducted, digitally tracked and acted upon in a timely manner. 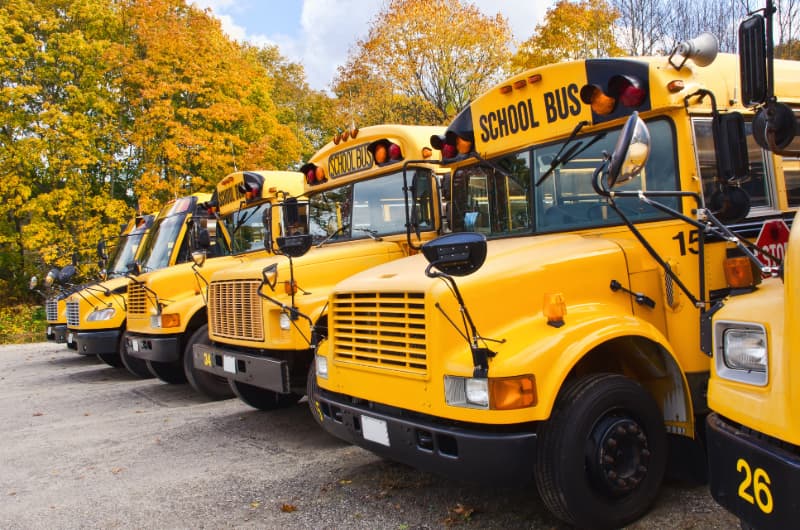 Timed digital driver vehicle inspection reports can help ensure that drivers are thorough when they check their school bus before heading out to pick up students.

You can customize these reports to list every part of the vehicle you need checked, including school bus safety features like emergency escape doors and stop signs.

Reports can be timed to ensure that drivers aren't rushing through the steps, making sure they are checking all of the important vehicle components and safety equipment.

By digitizing these reports, you can make sure that the inspections are being completed, track any issues a school bus is having, and ensure that the maintenance staff is promptly taking care of the problem.

There are checks and balances built into electronic DVIR solutions, like having the driver confirm that a repair has been completed. This ensures important repairs aren't overlooked and the school bus will run smoothly during its routes.

Automatic maintenance schedules can also be set up using these fleet management systems. These schedules take one more responsibility off your plate by automatically tracking vehicle maintenance needs like oil changes, tire rotations, and engine tune-ups.

These kinds of programs can help school districts cut overhead costs by simplifying the process of keeping track of all the vehicle maintenance needed for each bus. Regular repairs also keep the buses in good running condition, which prevents the district from having to pay for expensive emergency repairs or ask taxpayers for approval to buy new buses.

Seeing school districts report spending nearly $12,000 on operating costs for each school bus every year, every extra mile a district can get out of a school bus helps the schools and taxpayers in the long run.

Driver behavior monitoring can help you see who your safest school bus drivers are and who may need some guidance. Scorecards make it clear who is following posted speeds, avoiding dangerous maneuvers or braking harshly, and best representing your school district.

The driver scorecards give you a good sense of how well school bus drivers are performing without you having to invest in time-consuming ride-alongs that often result in inaccurate analysis.

Police say speed was to blame for a deadly school bus crash that killed six children in Tennessee. 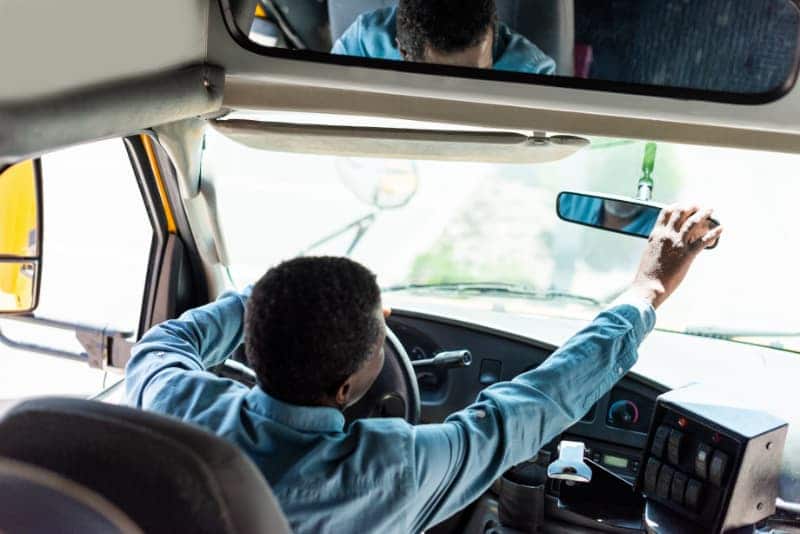 Speed is one of the biggest factors in fatal crashes in the United States according to the National Transportation Safety Board. Police say speed was to blame for a school bus crash that killed six students in Tennessee back in 2016. Investigators say the driver was going about 20 miles per hour over the speed limit when he left the road and slammed into a tree.

Concerned parents have also taken footage of speeding buses and shared it on social media; embarrassing the district and forcing them to publicly respond to the situation as questions pour in from parents or the press.

With school bus GPS tracking in place, you can set up alerts and be notified when a driver is doing something dangerous. That means you can act quickly and deal with the situation before it gets out of hand and someone gets hurt.

Set up Alerts to Instantly Respond to Issues as They Arise

Every second counts during an emergency. With modern technology in place, you don't have to wait to hear from the school bus driver to respond to a crisis.

Be aware of issues as soon as they arise with instant alerts. You can receive notifications through your phone or email if there is a problem with one of the vehicles or if there has been a driving incident that needs your immediate attention. 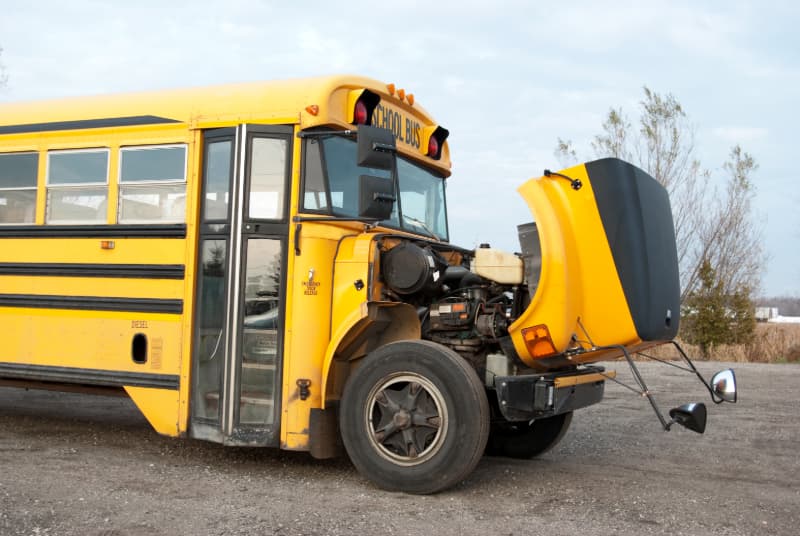 Be instantly alerted to any issues that arise in your bus fleet through your phone or email.

For instance, you can be notified when a school bus driver is speeding, when a defect is flagged in a vehicle inspection, or when the Check Engine light comes on. Advanced data and IoT sensors can be set to alert you to nearly anything that needs attention, like a broken stop sign on the side of the school bus.

When you're alerted to issues instantly, you can quickly respond and ensure that the best course of action is taken as quickly as possible; whether that's getting a school bus into the shop for a repair or correcting a bus driver who isn't following safety regulations. Alerts and notifications allow you to make sure that you can respond to a problem before it becomes a bigger problem that may put students at risk.

When it Comes to Transporting Students, There's No Room For Error

The numbers show that school buses provide the safest way for kids to get to class. In fact, students are about 70 times more likely to get to school safely when taking a school bus instead of traveling by car.

But even the death of one student trying to get to or from school is one too many. That's why school districts and private companies are working together to implement modern technology that helps keep them safe in and around their school bus.