From the Classroom to the Office

A new study points out that students who participate in internships are more likely to find a job or be accepted into graduate school within 6 months compared to students who didn’t intern. Interns also have a way of infusing new, fresh ideas into a company’s projects and work culture; meaning that everyone benefits from summer intern programs.

Three bright students joined the Forward Thinking team in Jericho this summer to help with current projects as well as develop their own. The students, who are focused on entering the world of computer programming, were invited in to work alongside FTS engineers and designers to learn more about what goes into creating practical software for consumers.

“People are excited about computer programming,” said David Isler, CEO of Forward Thinking Systems. “We always look to bring on intelligent, energetic and driven young people for our summer intern program. We look for students who have taken classes, who know this is the career they will pursue and are looking for real-world experience. That way, they can come in here, use all of the high-tech tools we have on hand and create something tremendous. It’s a technological playground for them.”

“We have a wide range of programs, products and applications we have interns work on,” David continued. “They get the chance to work on databases, web services, iOS and android apps, and even get some fun opportunities to work with Artificial Intelligence and video technology.”

As each class is different, we assign intern projects based on the students’ interests and prior experiences. The goal, David said, is to make sure the students really learn something during their time here.

“Sometimes we have students who come in who are honestly so smart there isn’t much we can teach them on the programming side, but we can show them what it’s like to see a project through from start to finish. They can see what it’s like to work on a team and solve real problems people in this industry face every day.”

Two college students and one high-schooler came in this summer to help the team with a number of big projects, including work on FleetCam™ 2.0 and some new AI technology.

Daniel Melcer, now a sophomore at Northeastern in Boston, joined the team earlier this summer and quickly began taking on the programmers’ side projects before jumping into larger ones. 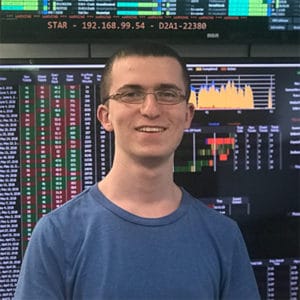 “I started out doing a display creation which we were continuously refining,” Daniel said. “I was then able to work on the actual display you see when you export files out of FleetCam using some of the code the designers created for the livestream feed.”

“What’s great is I got to work on real projects that people are actually going to use,” Daniel said. “These products do something to help people; they aren’t just school projects. It’s great to contribute.”

It’s also a very different experience from what you’d see in school, according to Daniel. “There’s less hand-holding, and you have to deal with things you wouldn’t see in school. For example, there was a language barrier I had to deal with because the documentation for some parts were in a foreign language. That’s not something you’d ever see in school. You have to work around problems without someone there to tell you exactly what to do.”

“It’s been fun,” he said. “If I have any questions, I can go to anyone in the office and get some help. I learned how to shift gears quickly, which is funny given we serve vehicles that come with manual transmissions.”

Judah Brick echoed that sentiment. “Internships are extremely important between semesters if you’re looking for good opportunities once you leave school.” 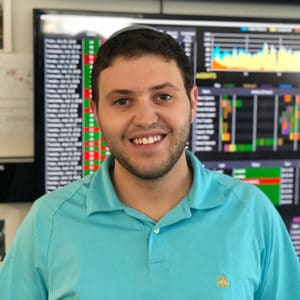 Currently a junior at Yeshiva University in New York City, Judah is majoring in computer science. “I wanted to see what it was like to work on code with real-world applications. I’ve learned lots of the theories and codes in school, but it’s nothing like when you see how companies are actually using it all.”

“There were plenty of places I could go for a coding internship but coming here allowed me to work on things that I want to pursue as a career, like back-end coding,” said Judah. “It was a good fit for me.”

While at Forward Thinking Systems, Judah worked with web services to help people access different records for FleetCam™ through IntelliHub®. “We focused on making it quicker and more resource-oriented, with fewer hoops to jump through,” Judah said.

“I wanted to see how real companies use the utilities I’ve been taught in school,” he continued. “I wanted to see what it was like to deal with issues when they came up in a real work environment; not just a classroom setting. I’m pursuing this as a career, so working in a setting like this was important. I’m glad I did it.”

15-year-old Sasha Isler also joined the intern team this summer. As a high-schooler, Sasha is still figuring out exactly what direction she wants to go, but she knows she loves coding. It seems to run in the family too, as she is the daughter of David Isler, the CEO here at Forward Thinking. 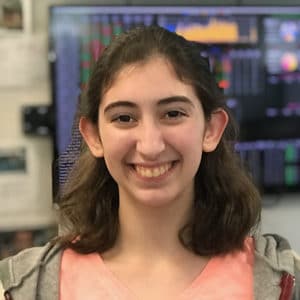 “I didn’t really work with him while I was here, I worked with the other interns,” Sasha said. “But I like coding, and I like my dad, so this was a good fit for me.”

“We had her work with the other interns and some staff members, so I didn’t see her much,” David said. “However, it was wonderful to have her here, I know how interested she is in all of this, and I wanted her to see first-hand how a software company operates.”

Sasha collaborated with the interns to help create some new technology integrations that are in the works. “I was able to expand and improve on some of the code that another intern wrote. I focused on adding new features and making it easier for fleet managers to pull information.”

“I’ve coded in the past. The coding I did here is pretty similar, it’s just being applied in a different way,” Sasha said. “I’ve built a calculator for an android app before, but this is my first time interning at a company and seeing what it’s like to code programs people will actually use.”

“I got to improve my coding, I really enjoyed this,” Sasha said. “I don’t know what direction I’ll go yet, but I know I want to keep working with computers. I plan on going for a computer science degree in college.”

“We had a group of students come in this year who were tremendously talented,” said David. “We were so happy they could all join the staff this summer. They brought in new ideas and lots of enthusiasm. It’s always great to see the next generation of programmers come in and show us what they’re capable of.”